Video storytellers need to be playing more video games. At VRLA in Los Angeles this weekend, more than two thousand gamers, developers, entrepreneurs and storytellers packed in the LA Convention Center for some 360-degree brain food. The combination of gaming + storytelling+ architecture+ theatre + choreography was a key theme in many of the sessions as new head-mounted screens, inputs, haptics and hand controllers will place more and more viewers inside the story.

You Don't Operate Your Camera. Jaunt VR's Patrick Meegan gave an incredible Master class on the architecture of time in VR. "VR is like architecture," he told a standing room only crowd. "You don't  'operate' the camera," referring to the fact that the viewer is the camera operator with the ability to pan and tilt the screen just by turning their head. He also took a deep dive into positional audio. 3D is not just for video as in VR, audio also has depth. When you turn your head, the audio should turn as well just like in real life. Jaunt is using Tetra mics. For video, Meegan says Jaunt is using a variety of proprietary software but also Adobe Premiere, After Effects, Unity and Nuke. He got a huge laugh when he crouched underneath the tripod demonstrating the best place for the director to view the scene so they would be hidden. We needed two more hours for him to answer all of our questions.

Cosmo Scharf, founder of VRLA said it best in his opening statements when he told the VR enthusiasts in the room. "Go put a dent in the Universe." 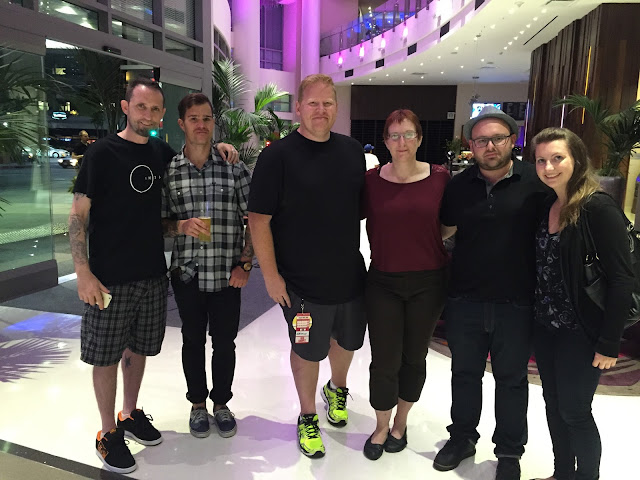