Zambia: the Empathy of VR Journalism


According to the World Health Organization, up to 66 million people lack access to wheelchairs. Few people know these individuals exist. For the last 20 years, I've tried to use words and imagery to help you better understand someone's struggle. Now, technology is enabling a new kind of empathy that will allow you to step inside the story with us as if you were part of our video crew. It's called virtual reality or spherical video. Next week, Story Up Studios along with a six-person crew from the US and Canada will travel to Zambia to capture stories about individuals who have to crawl on the ground because they lack mobility devices. Our hope is this new perspective will help you will better understand their struggle, so you can help story up the solutions.

What is VR?
The definition varies depending on whom you ask but to me, virtual reality means 360-degree 3D or 2D video, computer generated graphics or a blend of the two mediums. VR is not new. The concept has been around since the 50's but new virtual reality headsets out on the market are fueling a VR Renaissance and a new kind of VR Journalism. These new screens look like ski goggles and essentially provide an Omnimax theater for your face. Instead of viewing flat video, you now have the ability to feel like you're inside the video. (In the future with WebVR, we'll also be able to use these devices to step inside websites). Many of these viewing devices like Google Cardboard, Zeiss VR One and Samsung Gear VR work with your mobile device. Deploy the app, turn the phone on its side, insert it into the headset, the video splits stereoscopically and all of a sudden, you're in another world...like Zambia.

Story Up has spent the last few months shooting and telling stories with spherical video. The storytelling medium is at the beginning of the beginning. Shooting immersive content with the current camera technology required us to overcome a unique set of challenges including video stitching. To get ultra HD quality video, multiple camera rigs and special stitching software are required to stitch together at least 6 different video streams. Shooting aerial 360 video is even trickier. For our Zambia shoot, Story Up collaborated with Immersive Media, Google News Lab, Story Labs, Influence and Co. and Mizzou's Drone Journalism program. MU's College of Engineering designed a custom gimbal mount for the DJI Inspire that will travel with us to Africa to eliminate vibrations in our video which would make stitching difficult. The RJI aircraft, decked out in Tiger stripes, will provide aerial views of Zambia so the viewer will be better able to understand the rugged terrain on which these individuals who lack mobility have to travel. A drone can also provide steady, smooth movement which is essential in immersive video as improper movement can create parallax issues that could make the viewer nauseous when viewing the story in a headset. Geesh....to think we used to worry about jump cuts and crossing our axis!

To truly understand the mobility problem in some undeveloped countries, you need to see the rugged terrain in 360 degrees. Steep hills, tall grass and sharp rocks do not allow people with disabilities to navigate in a regular wheelchair. There are few sidewalks or curb cuts. People use homemade skateboards, rely on others to push them in wheelbarrows and sadly in many situations, they crawl. 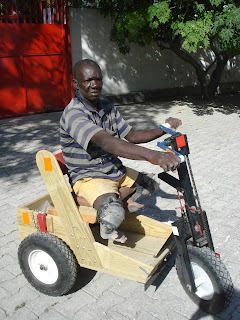 A portion of the story will be told from the perspective of someone who is living on the ground. Spherical video creates a unique sense of empathy. The hope is that if more people understand the problem, more people will contribute to solutions. One of the potential solutions is a PET. PET stands for Personal Energy Transportation. The non-profit started in the early 90's after a missionary almost stepped on a woman who was crawling through the Congo. She was carrying a baby on her back and had no other way to get through the bush. Upon hearing that story, Mel West started making the hand cranked mobility devices called PETs in his one-car garage in Columbia, MO. The PET project is now worldwide. It's given away more than 50, 000 all-terrain wheelchairs in more than 100 countries to victims of landmines, war, crocodile bites, agent orange and more.

You have the power to raise awareness on your own social media platforms. Let's #storyupzambia. Take the time later this year to watch the stories online and imagine what it might be like if you had to live in the dirt. These people deserve to be heard. Together, we can give them a voice. 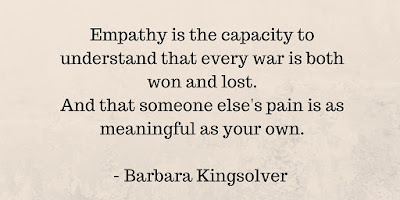 Posted by Unknown at 3:33 PM No comments: