VR Journalism: Canaries in the Mine

My bank teller thought I was a little nuts when I asked him to pose for a picture holding up our first paycheck. The little piece of paper with three zeros behind it didn’t just represent money but validation that immersive video does indeed have value... but not just in dollars. To us, the “I” in ROI stands for impact. In our case, most people don’t yet know virtual reality’s social or economic impact.

What is VR?
Virtual Reality or VR for short has a variety of forms. We specialize in storytelling for 360 degree video. Our company, StoryUP, is the first immersive video company in the state of Missouri. Based out of the MO Innovation Center, we are the “canaries in the mine”. In more than 4 months of operation, we haven’t died yet! In fact, we see a lot of light at the end of the tunnel.


StoryUP creates immersive video stories. These 360-degree experiences with metadata envelop the viewer and trick our brains into thinking the experience is happening all around us. You used to have to travel to an amusement park or an Omni-max theater to view Virtual Reality in a dome or cave. Now with new goggles, a VR renaissance is underway. Even without goggles, our spherical stories can be viewed in the web browser on Youtube, Vrideo or Littlestar but the videos are best experienced inside viewers like Google Cardboard, Zeiss VR One or Samsung Gear VR. Even View-Master has a VR viewer that works with your phone. Most of them work with newer model smartphones. Download an app (find ours here), deploy the video, place it in a viewer and you’re instantly transported to another place. Without a viewer, you can turn your body or drag your finger across your mobile screen to view the video in 360 degrees. In the web browser like Google Chrome, you can use your mouse to turn the video. Because of immersive video’s unique ability to create empathy, the medium is tailor made for storytelling. At StoryUP, we believe story is a verb that can lift the world.
Social Enterprise
StoryUP is a social enterprise that allows people to step inside the story to better understand. We not only create the experiences but with our partners, we share those experiences with people who are not able to physically travel. Immersive video is like a teleportation device and an empathy machine. Not everyone can travel to Africa to see the thousands of people who have to crawl on the ground because they lack access to all terrain wheelchairs. But with VR, we can take you to Zambia and let you experience what it might be like if you had to crawl on the ground. If donors better understand the problem (lack of mobility), they might be better able to contribute to the solution (PET Gift of Mobility). In addition to Journalism, we also create immersive video features for brands, hospitals, real estate companies, museums, spas, concert venues, schools, charities and aircraft companies. Immersive video stories are our niche. Our business model is set up much like a TV station where you have an advertising/sales department and a news department except on a much smaller scale. Our branded VR content finances our VR Journalism. What benefit is 360 degree video to brands? Immersive video increases time spent watching by 5 times, viewing frequency by 6 times and the likelihood of sharing seven and a half times. Those metrics are valuable to marketers. It's not uncommon during demos for people to ask us if they can watch the video again because they're worried they missed something.

Teleporting Veterans
Our path to immersive video started in 2015 when I was working at Veterans United. We were searching for a solution that would allow some of our terminally ill Veterans to experience the magic of an Honor Flight even if they weren’t able to physically travel to Washington, DC. Our live video tours would sometimes succumb to poor bandwidth. We needed better technology. At the recommendation of a friend, I tried Google Cardboard with my mobile phone in my parked car. I literally had to hold onto the door handle because I felt like a train in the video was coming right at me! It was then I realized VR is a powerful tool that could transport people to places they couldn't visit in person. We got a quote from a production company on what it would cost to create an immersive tour of the WWII memorial. Half a million dollars! If I couldn't afford to finance a VR experience then by golly I was just going to have to create one myself. I went to gaming conventions in search of someone who could teach me how to create VR and introduce me to potential partners. At one session during the audience Q and A, I asked the panel if anyone in the room would help us use the gaming technology for Veterans who can't travel to the WWII memorial. Gamers may be hard core in the pursuit of their professions but they are compassionate at their core. I met some very thoughtful gamers that day, had a stack of business cards and valuable contacts as I left the convention center.

Our first experience, Honor Everywhere, was released in November of 2015 with Jaunt VR, Google, Ghost Machine VR and VU Foundation. Since that time, we’ve created experiences for Zenith Aircraft company, Kilgore’s Medical Pharmacy, Pate-Jones and Welcome Home, Inc.  In 2016, we will release stories for the American Heart Association as well as our documentary in Zambia, “Gift of Mobility”.

MO Innovation
Each year, the Missouri Innovation Center gives dozens of us 'canaries' wings. Whether it's providing office space or bandwidth...through MIC’s facilities, connections, influence, expertise, the new Venture Mentoring Service and Digital Venture Center, even olderpreneurs like myself are learning to fly.

Keep up with StoryUP. http://www.story-up.com/ 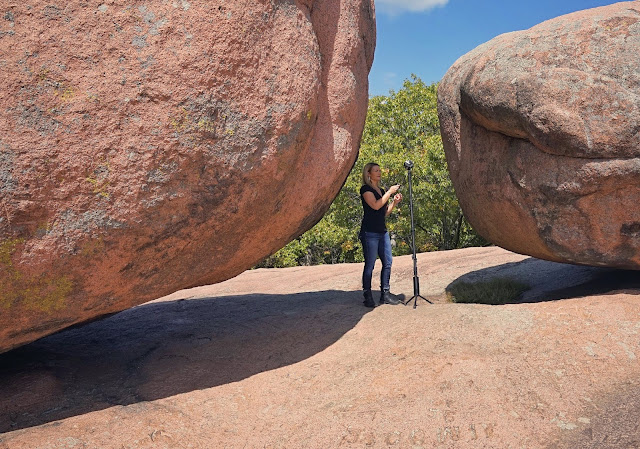