If we had a dollar for every time we heard the words "early days", "empathy" or "immersed" this week at SXSWi, I might have enough money to buy our Hololens! +Jessica Brillhart , Google's Filmmaker in Residence, has developed a drinking game. So every time you hear or read one of those buzzword words, please encourage your immersed brethren to take a drink!

The darling of VR at SXSW 2016 wasn't an app, but the renaissance of an old medium. VR was "the thing" at this year's SXSWi with headsets cropping up at trade show booths, sidewalk cafes and even pedicabs. The VR panels were packed and at one session, "hundreds" were reportedly turned away due to capacity. 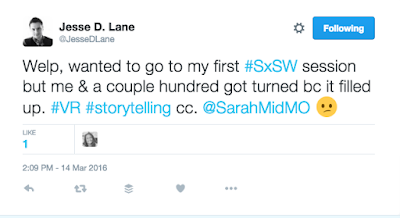 Here's what else you missed in Austin.


Weird it was in Austin. It seems VR is a "whole new medium." Drink! What other words have you heard that you'd like to add to the VR drinking game list? 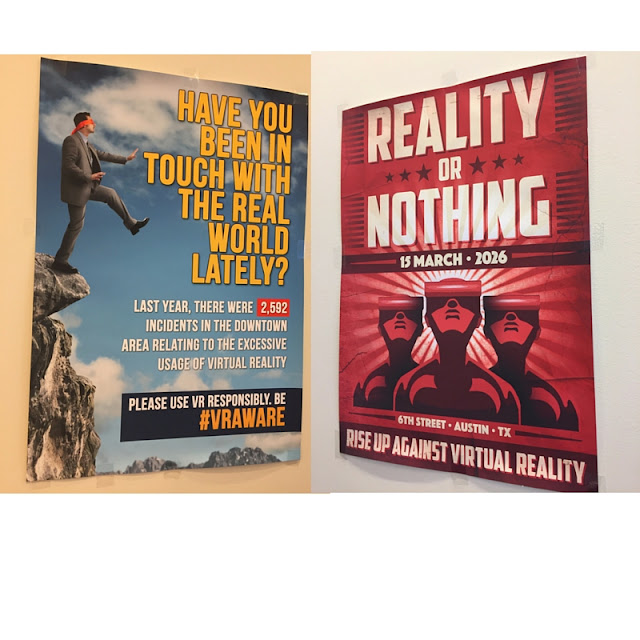 StoryUP is a VR Storytelling studio based in Missouri. Keep up with us by subscribing to our blog.
Hire us by visiting: http://www.story-up.com/.
Posted by Unknown at 11:40 AM