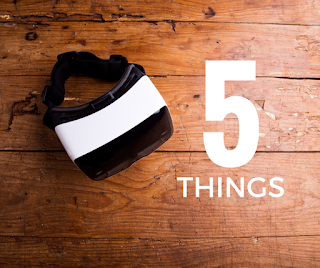 Virtual Reality could be the next computing platform but is immersive media more compelling than regular video viewed through a fixed rectangle? Along with Magnifyre, StoryUP released a case study that has some interesting findings about CPM and CTR on 360 video.

1. The 360 Video Phenomenon
According to Immersive Media, VR video increases time spent watching by 5 times, viewing frequency by 6 times and an increase in sharing by 7 times. In StoryUP's street team interactions, we're seeing these statistics play out in the real world. People will take off their headsets after more than 7 minutes watching an immersive story and say...."can I watch that again?" Because the video is all around them, they're afraid they might have missed something. 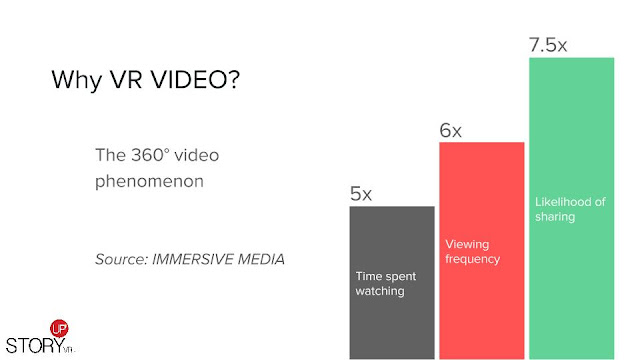 Jack Silverstein, editor and Chief at the New York Times, said recently at a SXSW 2016 panel that the average view session on the NYT Google Cardboard app was 8 minutes. Silverstein went on to say more than 60 percent of views on the app were in Google Cardboard.

2. VR is Ageless
It's not just for gamers. Some VR enthusiasts are 80 and 90-year-olds. StoryUP has a program called "Honor Everywhere" which shares Virtual Reality with terminally ill and aging Veterans who aren't able to physically travel to see their World War II memorial in Washington, DC. We bring VR to their homes, assisted living centers or hospitals and the Veterans are able to feel like they're traveling on an Honor Flight to the WWII Memorial. If you have a cardboard or headset, you can also share Honor Everywhere with a Veteran by downloading the free Jaunt app. We're constantly amazed how the greatest generation adapts so quickly to the technology. They tell us it's just like the old viewmasters they used during World War II.

3. The "internet" is no longer flat.
Just as brands had to make their sites responsive for mobile, so too will they also have to make them responsive for VR because the "internet" is becoming a place you step into. Some VR creators are already ditching the "flat apps" in favor of VR mobile sites built with Web VR and viewed in 360. Most of these stories are consumed in a seated position right now but with headsets like the new HTC Vive out in 2016, it's now possible for more consumers to walk around the room in Virtual Reality with what's called "room scale VR".

4. Headset Not Always Required: You don't necessarily need a headset to watch a 360-degree experience.  You can view the video outside of a headset by using your cursor to drag around the screen. You can also use your finger to swipe around the video on your mobile device. If you don't want to use your hands, turn your body and the video turns with you. It's not the same effect as feeling like you're inside the video but for now at least, that's how the majority of your audience could be viewing your videos...outside of a headset.

If you want a glimpse of the depth of the upcoming 'metaverse', read the book "Ready Player One" by Ernest Cline. Stephen Spielberg signed on to direct the movie. One theme of the book is how people are sucked into VR to the point of losing touch with the real world. While VR could be seen in the future as leading to a decline of a shared human experience, I see it differently. VR is the next evolution of flat video chat. Skype, Hangouts and FaceTime reconnected the world face to face in real time. VR is no different. In shared spaces like AltSpace VR and High Fidelity, we can talk to real humans live in a virtual world. These spaces are also becoming places to consume content, shop and share information.

In the flat world, brands sometimes rely on view counts or time spent watching as video metrics. In VR, they now have a 360 heat map and even an emotion map that gives clues as to how the immersive experience makes a person feel when looking at an object. Thrillbox and Retinad are just two analytics platforms tracking exactly what people are watching as they look around the sphere. In the video box to the left, Thrillbox CEO Benjamin Durham explained to RJI why VR analytics have to go beyond just gaze tracking.

With more data, brands would have more fuel to hyper-personalize products. "The potential datapoolooza could dwarf the number and kind of data points that marketers now acquire from websites, mobile apps and other sources," Scott Rayden of 3Q Digital told Marketing Land. The data deluge could also help us Journalists and Brand Journalists tell better stories by better understanding which storytelling inputs are most effective in directing audience attention. As advertisers already struggle to compete for the audience's attention, will the audience want to see logos while they're immersed? Or as is the case in the gaze heat map below, will they just want to look at the pretty girl.


Want to tell your brand story with immersive video?
Let's story up! Step inside our brand and journalism studios here:  http://story-up.com/