Tucked away in booths in the North Hall of the convention center were some VR gems you may have missed.

Mettle/Skybox, founded by Chris Bobotis and his wife Nancy, hosted a group of storytellers to talk about the tools they're using to craft stories in immersive environments. Nesting fixed frame content and text inside 360 video can be difficult without software as those images can appear warped and stuck to the outside of the sphere. To put it simply, Skybox can put overlayed content on a cube face so it doesn't appear distorted. From cube face storyboards to real time transitions in the Rift, creators got to learn from other creators navigating solutions to the challenges we're all experiencing.  "Has it been Skyboxed?" The software is turning into both a verb and a noun. At our shop, our designer is known as our "Skyboxer" as he's the one who handles that part of our post. I'm told Mettle will host some of those storytelling videos on its site at a later date. 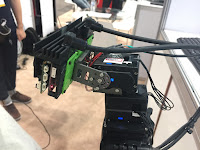 Remote VR Camera:  Chic , Center of Human Centered Interaction for Coexistence, showed off a VR camera that would enable gaze directed immersive video chat between two remote parties. Wearing the Rift, a stereoscopic camera moves in tandem in a remote location.  Essentially, it's a video chat where the user on the other side of the chat can look around your room and vice versa. Being a video chat geek, we were very intrigued with what we could do with this!

Omni Closeup: GoPro is taking pre-orders for its Omni 360 camera which includes pixel level genlock. In other words, the 6 different cameras are all synced. Does this mean gone are the days of the clap and spin? We caught up with Gopro to get the 411 on its battery life and whether the new design reduces Hero 4 Black's overheating issues.

Spatial Audio Mics: Sennheiser showed off its spatial audio microphone that will be available 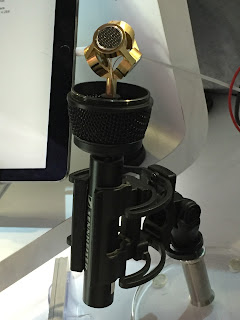 later this year. In its demos, I wasn't able to tell a huge difference in sound when I turned my head.  In fact, I wanted the narration to follow me so I could hear what the character was saying as I looked around the room. We are continuing to capture  our interviews the old fashioned way with wireless lav mics but for ambient sound, this device is one we'll test in the field.

Vibration Pacs: Beyond immersive video and spatial audio, another input for VR storytellers is vibration. These Supacs are showing up with more and more VR experiences. Take for instance KonceptVR's Rocket Launch. You not only got to experience a launch closeup in a headset, you got to feel the launchpad vibrate as the rocket shot upward! 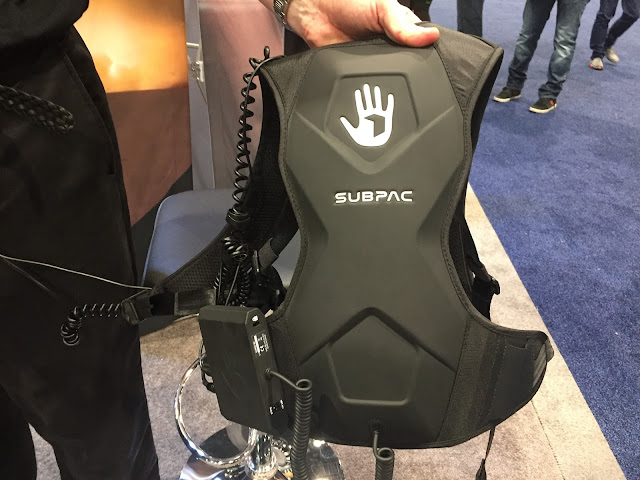 How might you use these new storytelling inputs in your stories?